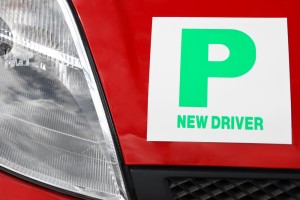 It may come as a surprise for some, but L platers statistically represent the safest group of drivers around the world! This says something about the benefits of supervised driving, and the work of all the fantastic driving instructors out there.

However, what paints less of a pretty picture is a statistic that we’re unfortunately far more familiar with – P platers who graduate from being a learner driver then become the most at risk group of drivers on our roads and are over represented in road fatalities in Brisbane and around Australia.

So how does a group the same group of drivers go from being the safest to the most at risk? And why does the law determine that P plate drivers have all the necessary skills to drive independently and have the skills to operate a vehicle, when often they are still at risk? The reasons are many, but the issue is complex.

A significant reason comes in the design of the driving test itself. Too much focus is put on doing what is needed to pass the test, but less on the driving skills and techniques that take longer to master. Many young drivers may be able to pass the test on the day, giving them a false sense of security that they are now the same as all the more experienced drivers on the roads. The fact is however that learning to drive continues long after a young driver gets their P plates, and the first 6 months are most deadly for newly licensed drivers. Here are some other sobering statistics

– The first year that drivers are on their P’s are the most accident prone with the risk decreases significanty each year for the next 5 years.

– 33 percent of fatal crashes in the first 6 months occur between 10pm-6am despite P platers doing only 9 per cent of driving between these hours.

Research points that the reasons behind these statistics are complex and include many reasons:

– Teenagers have increased risk taking behaviour in all areas and this unfortunately extends to driving.

Here at A Grade Driving School we support young driver education about the risks on the roads and strongly encourage parents to look for ways to reduce the risk to their kids, especially in the first 12 months of getting their P’s.

This can include having the safest possible car to drive,  providing transport to social events and look for alternatives to night time driving including taxi money and car-pooling while negotiating and encourage teens to gain solo driving experience in less risky situations. Contrary to what many parents might think, most teens have a good level of respect and consideration for their parents, especially in situations where it’s clear that the parents are looking after their best interests.

We make a point to reduce any risky behaviour on the roads in our practical driving lessons and encourage the best skills – all without using a lecturing approach. A Grade Driving School can be positive influence and provide valuable road safety experience from the outset. To book a driving lesson today in Brisbane, Forest Lake, Logan and Beenleigh call 1300 885 585